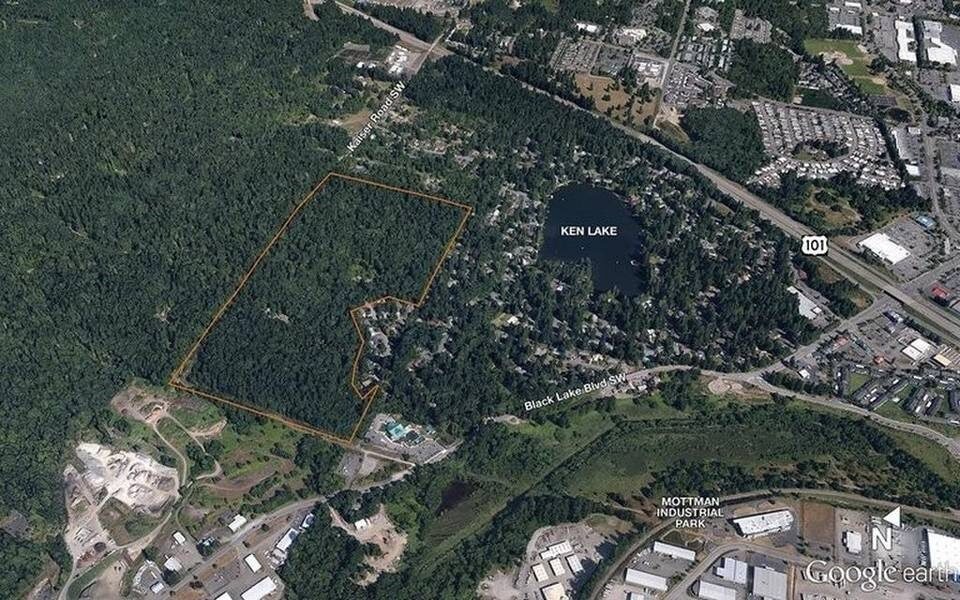 The Olympia City Council voted unanimously Tuesday night to purchase an option to buy a wooded 75-acre property near Ken Lake in southwest Olympia for open-space and community parkland. The property, known as “Kaiser Heights,” has been slated for development and 300 homes. During public comment at the meeting, Ken Lake neighbor and biologist Marian Bailey described the site as an “intact” second-growth forest with developed overstory, middle stor, and understory of native plants and no invasive species. The woods also serves as habitat for mammals, birds, reptiles, and amphibians–the latter being unusual in such an urban setting.

The LBA Woods Park Coalition applauds the city’s move to acquire open space and natural areas. The council’s decision moves Olympia closer to the goal, set in 2004, of acquiring 500 acres of property for parkland. If purchased, the Kaiser Heights property would bring a much-needed city park into an area of the city not well-served by city parks; it would be the only city park south of Highway 101.

Open space for a growing Olympia population has been recognized as a need in the City’s Parks Plan for a long time, but the plan has not yet been implemented. Finally, a pro-active City Council is acting on the Parks Plan, and setting in motion potential acquisitions to meet the need.  Passing Proposition 1 to establish a Metropolitan Parks District is key to making our Parks Plan a reality, as well as creating the 150 acre-LBA Woods Park.

For more information, please read today’s article in The Olympian.