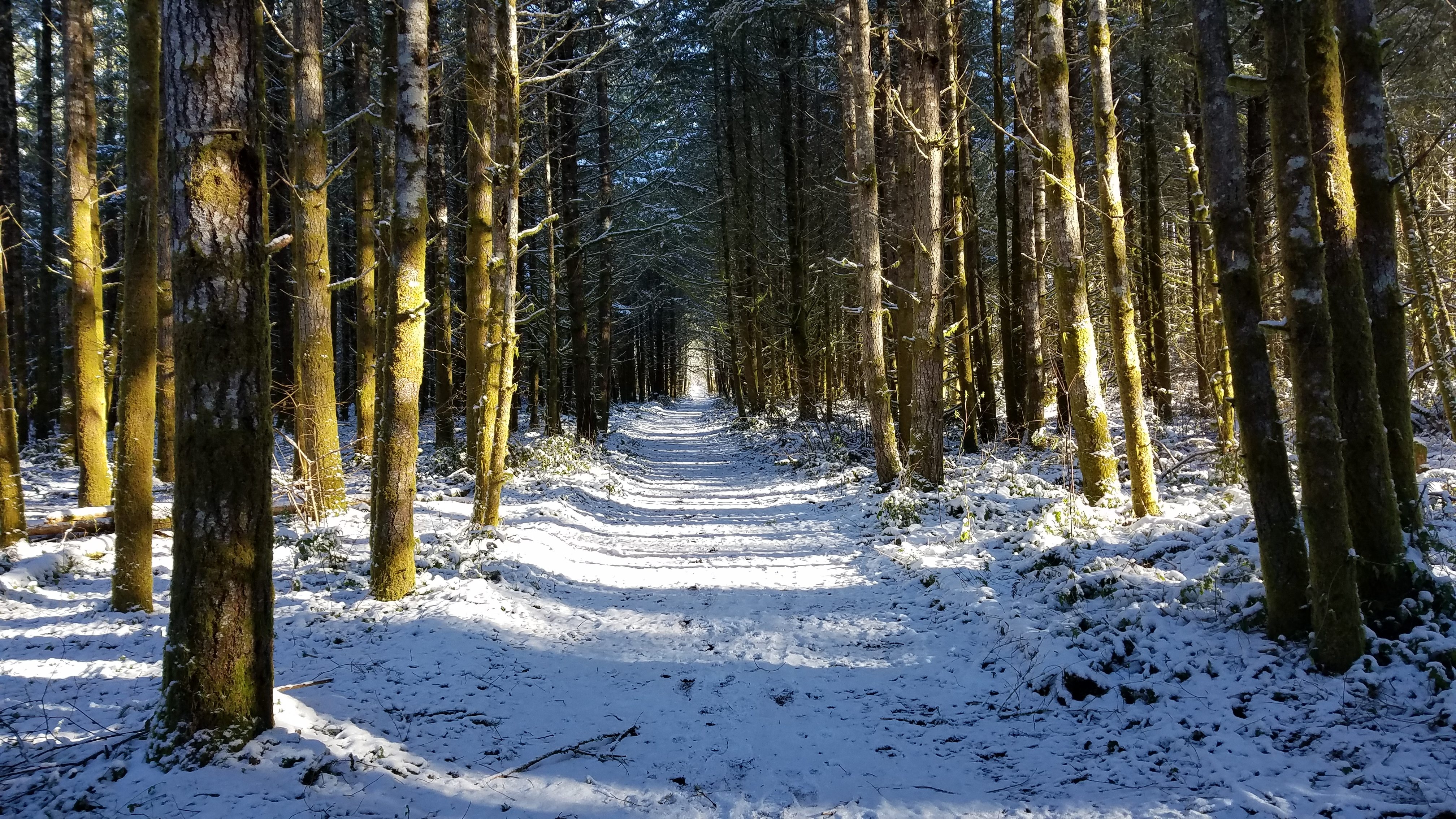 Just when we thought winter was over with the Osoberry (Indian Plum) flowering, the buds of the Beaked Hazel softening, and even the Snowberry showing tiny leaves on opposite sides of their slender stems.

And then below-freezing temperature and the most lovely dusting of snow. Though the snow (and icy roads) resulted in the cancellation of schools and meetings in Olympia, those few inches of powder-light snow turned the LBA Woods into a (more) magical place to stroll. Go!

Flowering Osoberry with a light dusting of snow. 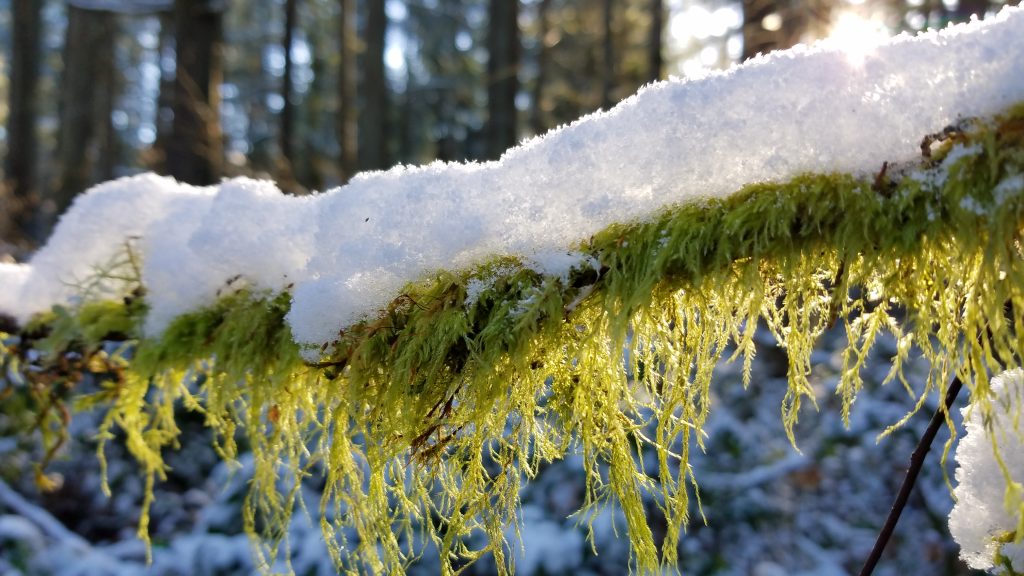 Morning sun shines through translucent ridge of snow on a mossy branch. 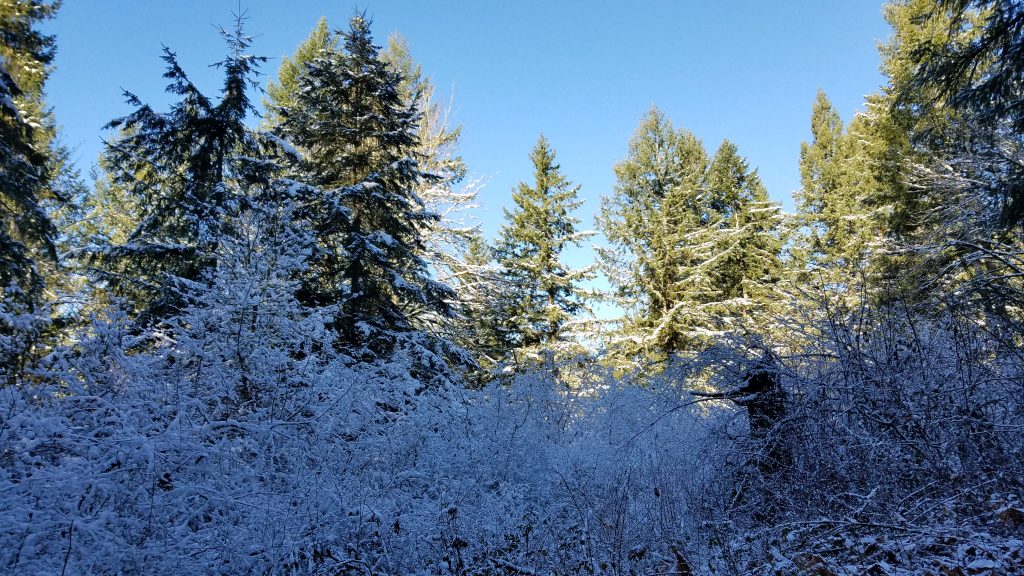 The wind has blown most of the snow off the tall trees but in the shady understory, the snow still clings to native bushes. 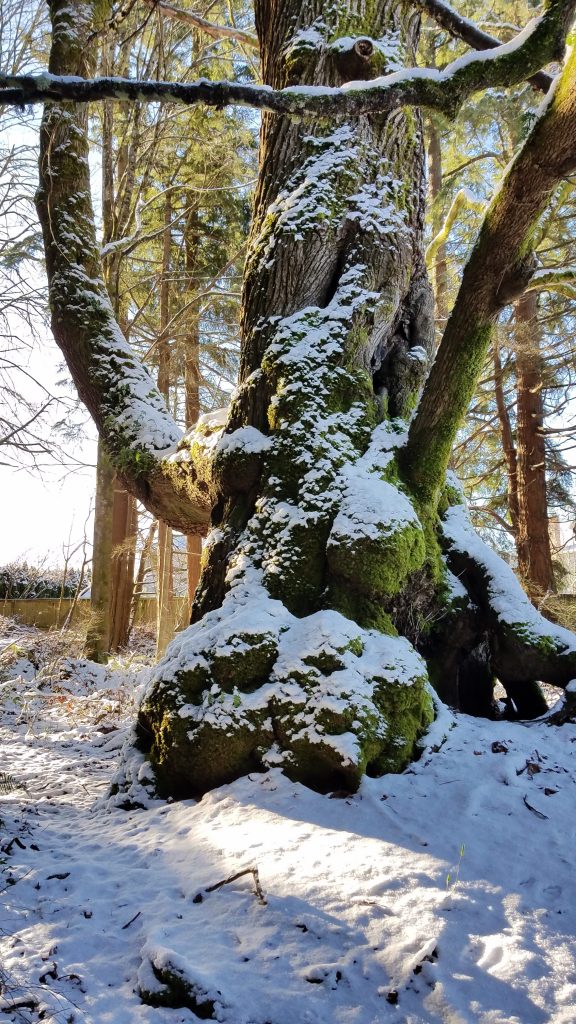 Snow clings like clouds to the mossy trunk of this grand Big Leaf Maple.