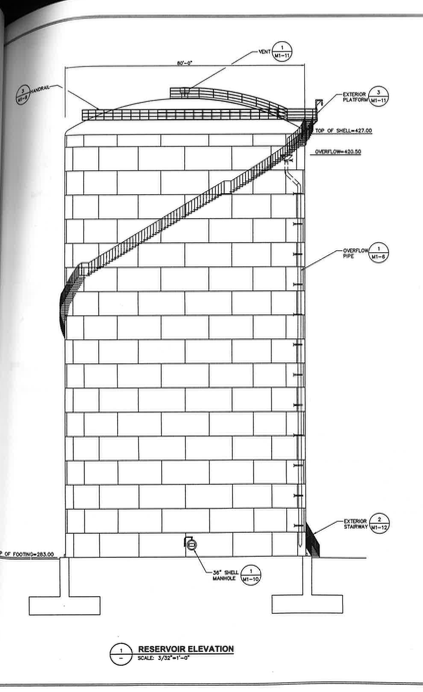 This spring and summer, the City of Olympia will be installing a 5.2-million-gallon water tank (reservoir) on a 5-acre parcel of land purchased previously by the City in the LBA Woods. 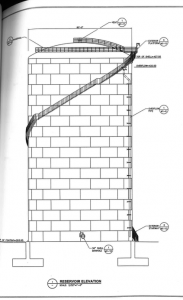 Why do we need a new water tower if the 800 homes once planned for “Trillium” and “Bentridge” developments are not being built?

There is an existing storage deficit of 1.2 million gallons of water that is needed for fire protection and storage during emergencies or power outages on Olympia’s east side.

The new reservoir will supplement the existing Hoffman Reservoir and support future potential growth for 20 years or more.

The existing Hoffman Reservoir needs to be taken off line for necessary maintenance. In order to do this, the new Log Cabin Road Reservoir must be constructed and put into service so there is adequate water and pressure to the area while the Hoffman Reservoir is not available.

It is the only undeveloped, high point in the area that meets water system needs and that can provide necessary water storage capacity on Olympia’s east side 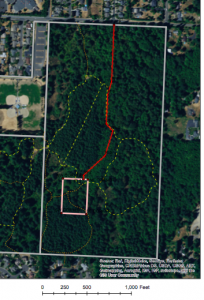 Didn’t the LBA Woods Park Coalition fight to keep the water tower out of the park?

When the LBA Woods Park Coalition launched its campaign to save the LBA Woods, we were told the 5-acre water-tower project was not negotiable. Nonetheless, members of our coalition met with the Public Works department on several occasions to negotiate. While we were not successful in eliminating the tower altogether, Public Works did agree to adjust the siting of the tower to and to re-align and narrow the access road and pipeline from Morse Merryman Rd. to avoid impact to the designated wetlands and their buffers as the original design would have. The newly designed pipe connection is shorter and therefore will likely result in lower construction costs. The elimination of multiple 90-degree turns in the pipeline may also reduce operating costs which, in the long run, will lower greenhouse gas emissions due to lower pumping requirements.

How big will the water tower be?

It will be 140-feet tall and 80-feet in diameter. It will look similar to the Hoffman Reservoir located at the end of Hoffman Court.

How will water get to the tower?

Via a 2,220 foot 16-inch diameter water pipeline that will run from supply and distribution pipes in Morse Merryman Rd. to the reservoir site. This pipeline will be installed beneath a new, 42-foot-wide clearing limit and 12-foot wide gravel access road which will be used by service vehicles and as a pedestrian pathway after construction.

Will the east-end (main) parking lot off Morse Merryman Rd. be closed during construction?

What will be the hours of construction?

Will noise from the project be a fairly constant disturbance during the project?

The amount of noise generated by the construction will vary throughout the life of the project.  Initially, there will be noise associated with the tree removal (chain saws) and clearing and grading (bulldozers) of the access road, overflow pond, and tank site.  Construction of the water main and installation of the power conduits will create noise as a backhoe digs the trench and the water main is installed.  Dump trucks will bring in the backfill material to fill the trench.  Later in the summer, the noise will be more intermittent as trucks haul in the concrete and steel for the tank fabrication. During painting of the tank, compressors and abrasive blasting can be noisy.

What is the expected length of the active (noisy) part of the project?

The noisy part which includes the clearing and grading of the site and water main installation will last about three or four months from about April through July.

Will there be signage installed to redirect walkers on impacted walking trails?

Yes, signs will be posted and people will be redirected to the new trail route during construction.  When the trails are in the process of being re-routed, there may be dead-ends until the new route is establish.  Upon completion of the project, trails will be rerouted so that there won’t be dead-ends.

Will any trails be closed?

At various times during construction the trails will have to be temporarily closed for safety. Temporary chain-link fence and orange mesh fence will be installed along the access road and will block some contiguity of access within the site.

How will trees and plants be protected during construction?

Will wetlands be protected?

Yes. During construction, silt fencing will be installed around wetlands and their buffers.

After construction, wetland buffer areas disturbed during construction will be replanted with native plants to match the natural plant communities in the LBA Woods.

All obtained plants will have been nursery grown in the Puget Sound area. Planting will be done in the fall season to ensure adequate moisture during plant establishment.

If you have additional questions, please send them to us via our contact page or Facebook page.