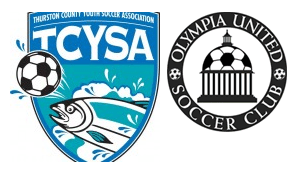 The LBA Woods Park Coalition extends a big thank you to the Thurston County Youth Soccer Association and the Olympia United Soccer Club.  These organizations sent a fantastic letter to our Mayor and City Council in support of our efforts.   They also requested the City to move forward with a conceptual feasibility study.

TCYSA is an umbrella organization for seven youth soccer clubs in the Olympia area.    These clubs have over 5,000 registered players, representing more than 10% of all youth in the 5-18 youth group.   Olympia United is the largest soccer club in Thurston County, with over 1,500 players.

This spring, Olympia United will play 430 league games.   Because the City of Olympia has no fields of its own, all these games will be played in other cities and towns.

Let’s change that.    Let’s give Olympia Soccer a place to play, in the town where our kids live, right next to the existing LBA Park.   Imagine a place where parents can walk beautiful trails while their kids perfect their passing skills — that’s our vision.