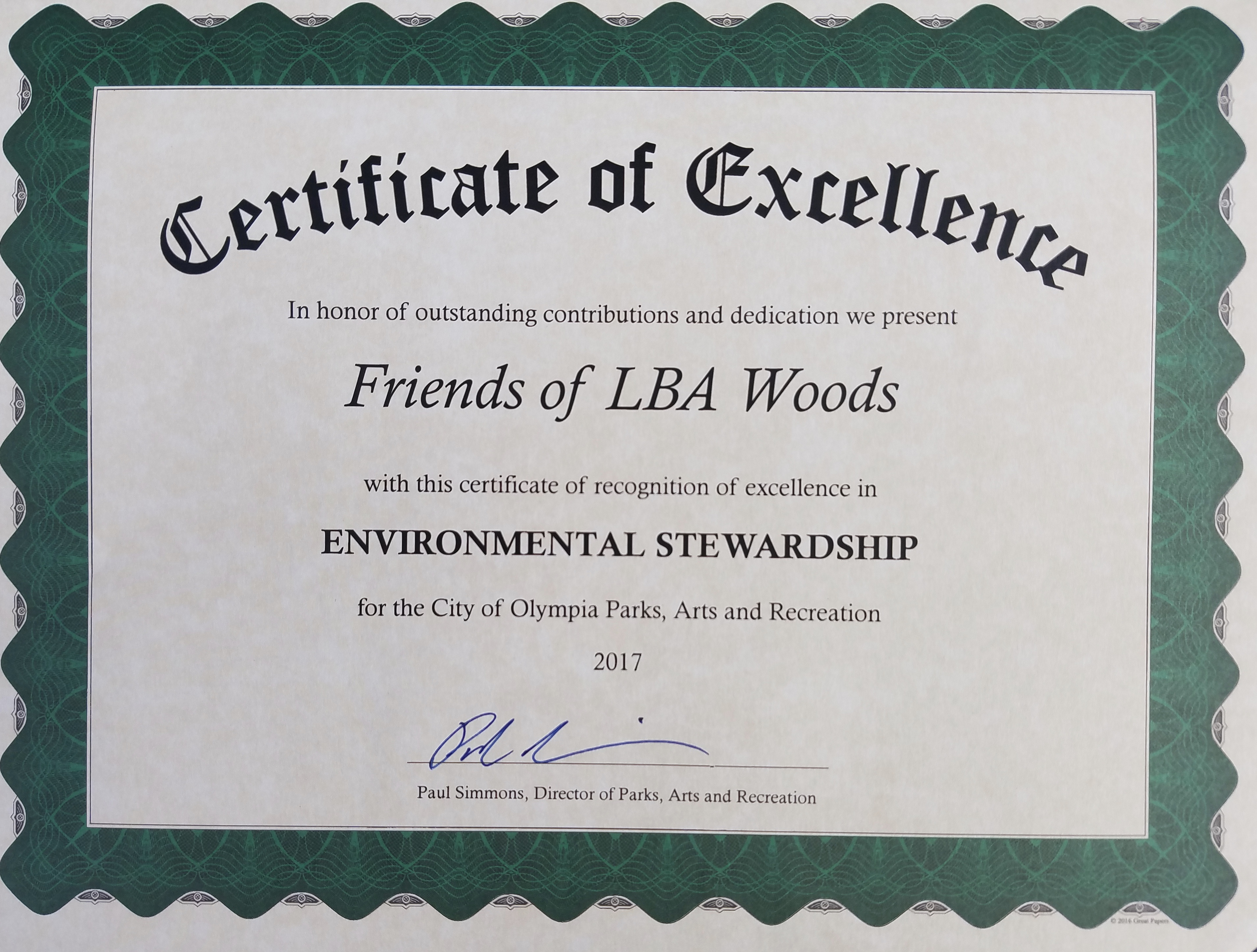 Saturday August 19–The Friends of LBA Woods received two awards yesterday at the volunteer appreciation picnic hosted by the Park Stewardship Program staff in Priest Point Park. The program supervisor, Sylvana Niehuser, presented the awards and thanked the Friends of LBA Woods not only for its work in the LBA Woods but also its campaign to establish a Metropolitan Park District in Olympia to help fund our park needs for the future.

Kudos and thanks to every friend and to the Park Stewardship staff, City Council members, City Staff, PARC Foundation, too! 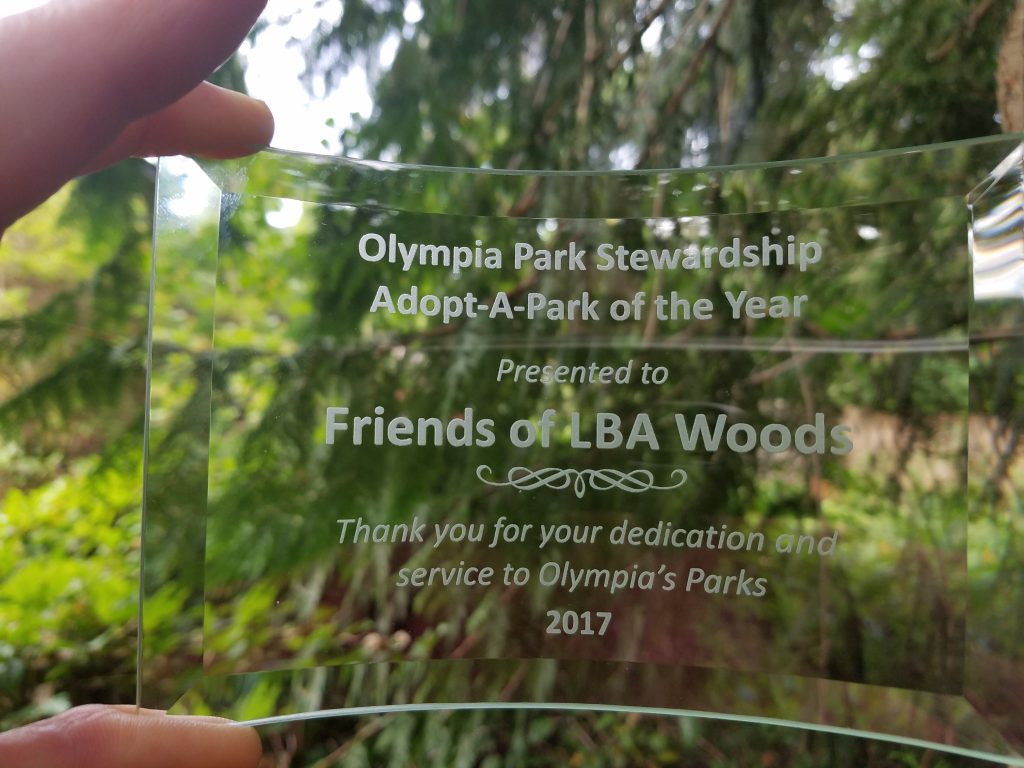