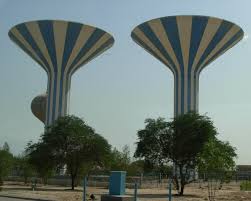 Now that we have your attention….

This is a stock image of two ghastly water towers, NOT what the City of Olympia Public Works Department has in mind for its property in the LBA Woods. That water tower was the subject of a February10th public meeting hosted by Public Works and Olympia Parks Department to answer questions and address concerns of the citizenry.  Thanks to all the e LBA Woods Park Coalition supporters who were in attendance and to members of the Leadership Team (Bob Wadsworth, Cristiana Figueroa-Kaminsky, and Deb Jaqua) who took notes which are presented below in a Q&A format. The water tower and access road is referred to as “The Project.”

Please check back for information on future meetings and additional answers to FAQs.