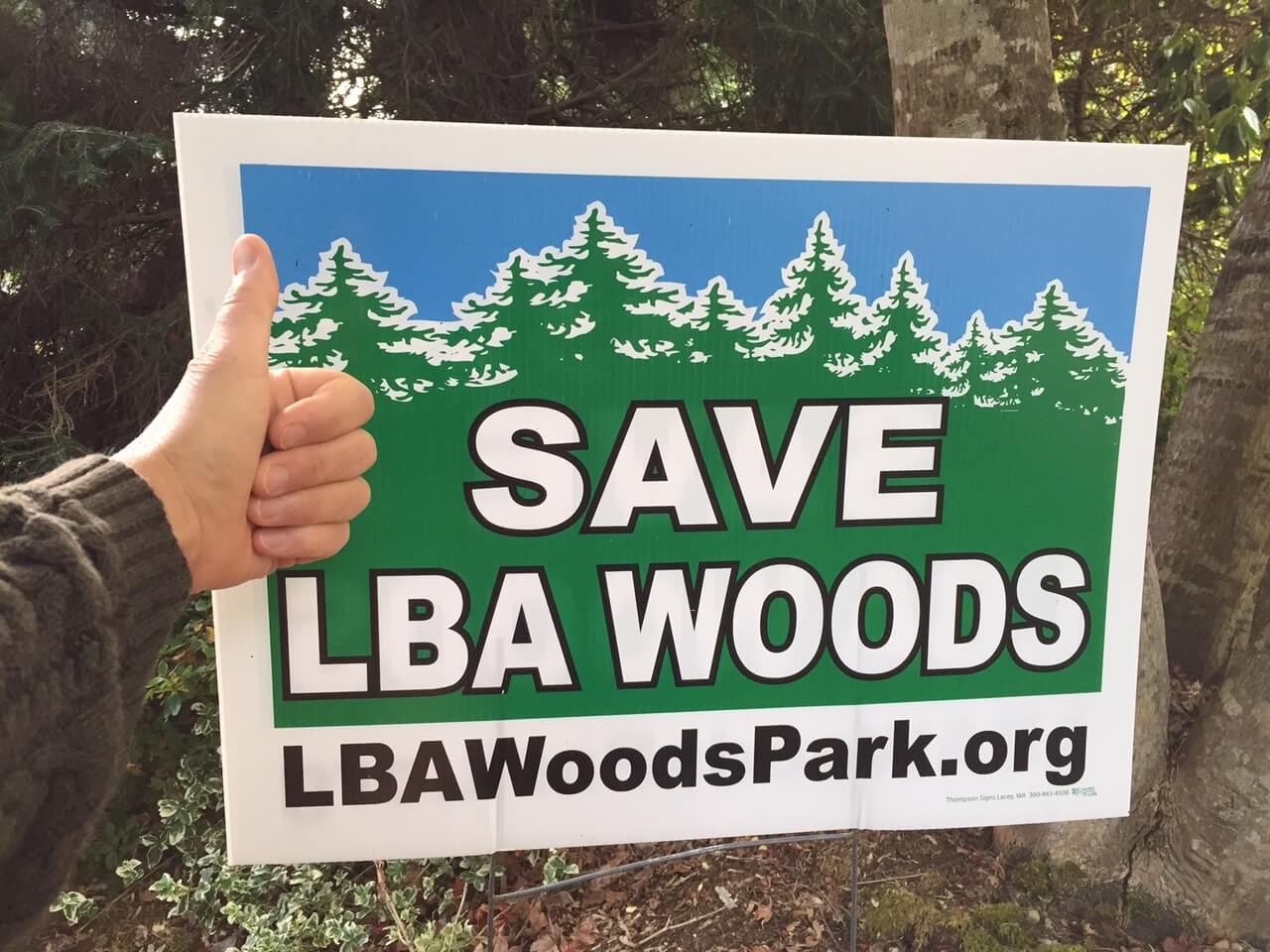 The Olympia City Council voted unanimously last night to obtain a purchase option for the 74-acre Trillium/Ashton Woods parcel half of the 150-acre property known unofficially as the “LBA Woods.” The southeast Olympia parcel adjacent to LBA Park is currently owned by developer D.R. Horton, which has submitted plans for building 400 homes on the site.

Tuesday night’s council 7-0 vote marks the first big step towards our vision of conserving all of LBA Woods for parkland. The vote commits the city to pay $250K to reserve the option to buy the wooded acreage for $5 million by June 30, 2016.

Read more about this LBA Woods acquisition plan here in The Olympian.

The City Council also approved placing the Metropolitan Parks District (MPD) on the ballot this November. The MPD establishes a taxing district, tax rate of 54 cents per $1000 of assessed property value, MPD Board, and citizen-based oversight committee for generating revenue stream of $3 million year for Parks operation, management, and acquisition.

Thanks to councilmembers Jim Cooper, Nathaniel Jones, Jeannine Roe, and Cheryl Selby voted enthusiastically in support of the MPD and its placement on the November ballot. Thanks to Mayor Stephen Buxbaum and councilmembers Julie Hankins and Steve Langer for their thoughtful input on the MPD ordinance language and support for a successful MPD for Olympia.

Read more about the MPD here in The Olympian

The LBA Woods Park Coalition and other parks-advocacy organizations are already in gear to ensure the MPD’s success on the ballot. Be on the lookout for more information on YesOlympiaParks campaign and how to be a part of a brighter and greener future for all Olympia citizens.