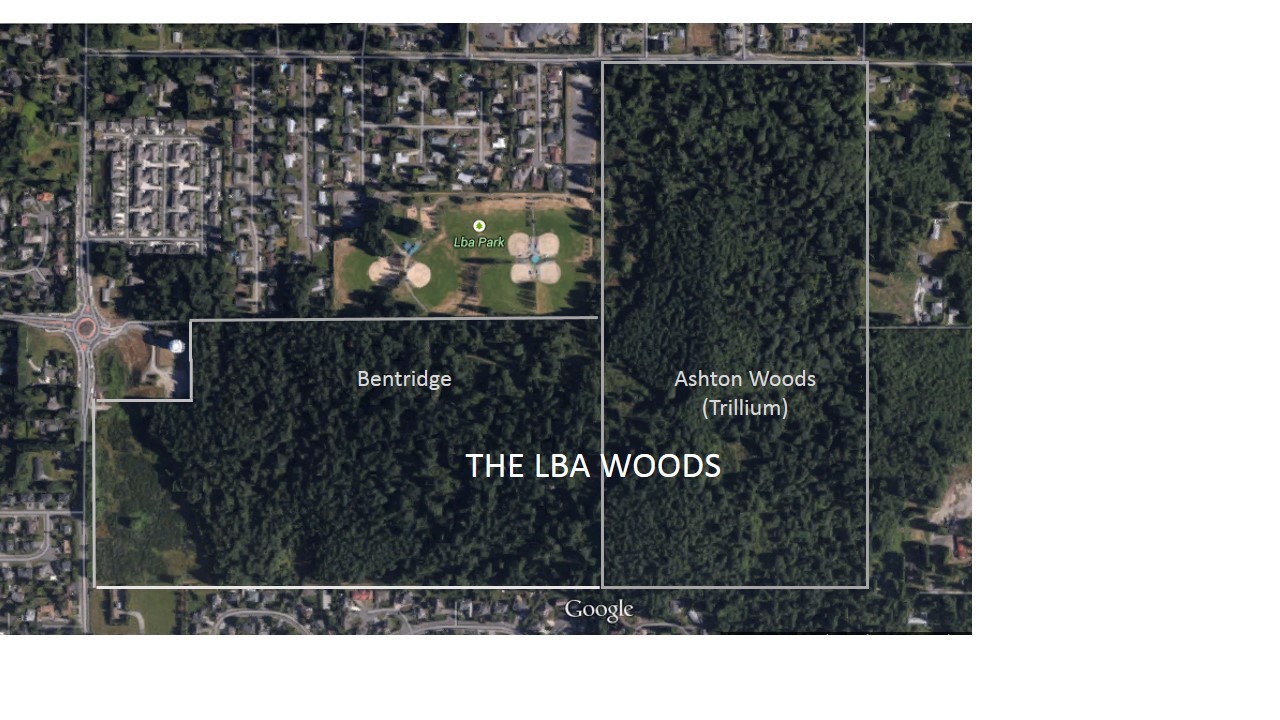 The Olympia Parks and Recreation Department issued a press release this afternoon announcing that the Olympia City Council will consider approval of an option to purchase real estate owned by DR Horton, consisting of approximately 74 acres adjacent to LBA Park, at its regular business meeting on July 21. This parcel, located at 3355 Morse-Merryman Road, is the site of the proposed Ashton Woods Development, formerly known as Trillium. As a condition of the option agreement, DR Horton is preserving their ability to move forward with Preliminary Plat Process to protect their ability to develop the property, in the event the City does not fully exercise the option to purchase.

Acquisition of “LBA Woods” was the top priority identified by the community during a public process the City recently conducted as part of its update of the Olympia Parks, Arts and Recreation Plan. The option to purchase would preserve the City’s ability to acquire the 74-acre property if voters approve the proposed Olympia Metropolitan Park District (MPD).  The City Council has taken initial action to place an MPD ballot measure before the voters in the coming months.

Please show your support of this purchase at the City Council meeting Tuesday July 21 at 7 p.m. in the council chambers at 601 4th Ave. E (4th and Cherry). Click here for more information on the meeting.

Read about it in the Olympian from July 18th